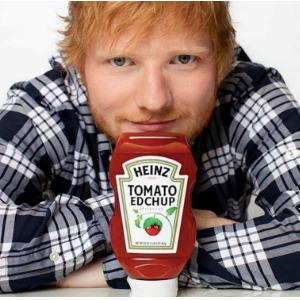 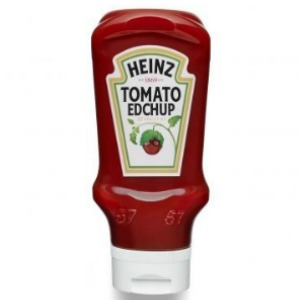 As nearly all Ed Sheeran fans know, Ed Sheeran is a massive ketchup fan – so massive that he has the Heinz Ketchup label tattooed on his bicep and refers to the sauce as “the red gold” or “king’s blood”.

And now in collaboration with Ed Sheeran, Heinz has released a new line of ketchup in recognition of Ed Sheeran’s love of “the red gold”… Heinz Tomato Edchup.

Of course, the sauce in the bottle is the famous Heinz Ketchup.

Remember it is only available for a limited time.