Woolworths has launched another set of collector cards and stickers with an Ancient Animals theme.

The Ancient Animals packs are available from both participating Woolworths supermarkets and Woolworths online from Wednesday 30 September 2015 through to Tuesday 10 November 2015.

Each Ancient Animal pack contains 3 cards and 1 sticker – there are 81 cards and 27 stickers to collect in the set. 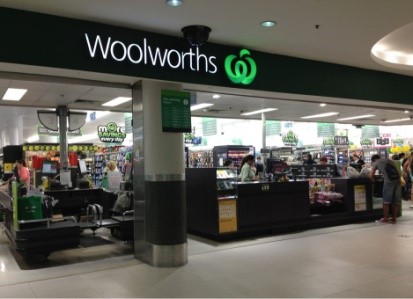 Dave Chambers (CEO – Woolworths Supermarkets) has been reported in the media as stating that Woolworths is investing $65m over the next 12 months to upgrade its fleet of shopping trolleys; fix rusty shelves and holes in floors; improve lighting/signage; and remove store entrance gates to open up the front of its stores to make them appear more welcoming.

So… over the next 2 years Woolworths is going to add a total 132 hours or the equivalent of 3.4 full-time staff members to each store but it will take 2 years! – What Chambers hasn’t detailed, and the question arising is, if these increased staffing hours actually reinstates the staffing hours that Woolworths previously cut?

Chambers is quoted as saying “What we’re [Woolworths is] after is having a great store every day for our customers” but as a former retailer I doubt the stated investment will be the solution to the problems that Woolworths has self -created so as to achieve what customers actually want/expect.

In fact, I would dare to say that to achieve what is actually needed, Woolworths may have to look at least 2-3x their stated “investment” – but I suppose their plan is somewhat of a start… I wish them luck and look forward to a revitalised Woolworths.

9.30am Monday, 7 September 2015 (110 days before Christmas Day) I visited my local Coles and Woolworths stores only to be confronted with shelves filled with Christmas products.

Whilst this is not entirely the fault of retailers as many manufacturers generally make Christmas stock to order (which orders are generally required to be placed in March) and then require the retailers to accept stock as early as possible so as to get stock out of their [manufacturers] warehouse and to also reduce transport and logistic pressures leading into the summer/Christmas period, but keep in mind the retailers are compensated for this by extra discounts, etc.

Obviously, rather than have their Christmas stock sitting in warehouses and storerooms the retailers then push it onto their shelves, which then in-turn generates sales, thus justifying their actions.

To me, this is just plainly too early, and we as consumers don’t need the visual reminder that Christmas is well on the way in September, but if a minority of people buy Christmas stock in September retailers will keep bringing forward the date of Christmas stock display – its a vicious circle that many of us just don’t want, or need to be a part of.

There will be the usual complaints from consumers but unfortunately this will not stop the retailers starting Christmas in September as long as there are people buying the Christmas stock.